The Olympic Legacy is an international project bringing together youth and public organisations in the UK, Brazil and Hungary to build on the legacy of the Olympic Games. This project will collect & share non-formal youth education developed through the Olympic games legacies and will build on the commitment of host country government, to ensure the Olympic games brings benefits to young people (particularly those with fewer opportunities).

Countries have been chosen:

In each of the three countries represented, there will be a local NGO/sport partners, experienced in the field of education through sports and we will also engage with local government departments responsible for education or sport. We have selected these partners to be able to build local projects with the support and infrastructure form the local authorities in order to ensure that the programmes created through Olympic Legacy can have longevity after the project’s end. 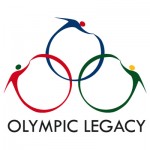