As the closing event of the Olympic Legacy project, over 20 young people and youth workers will come together in Hungary. The event is realized on the margins of two major sport events taking place in the last weeks of July. The European Youth Olympic Festival 2017 hosted by Győr, between 23 and 30 July is the most important youth sport event of the European continent with the participation of over 3000 young athletes. On the other hand, the FINA World Aquatics Championships will be held in Budapest from 14 to 30 July 2017. FINA 2017 is the largest sporting showcase Hungary has ever hosted, therefore it is also one of the biggest attractions of the year. Lining up almost 3,000 athletes in six different disciplines, competing in 75 contests over a period of 17 days, FINA 2017 will be in the centre of the sporting world’s attention in July.
During the 5 days of the Olympic Legacy evaluation seminar, participants will have the chance to learn about volunteering and social inclusion, education through sports and active participation. They will be actively involved in volunteering activities at the European Youth Olympic Festival on the 25th and 26th of July. By taking part in cultural and sport activities participants can also get to know each other’s culture and the get acquainted with the basics of healthy and active living. As the peak activity of the exchange participants will engage in a friendly football championship aiming to create bridges and foster inclusion. At the same time, leaders of partner organisations will also learn about using sport as a tool for social inclusion and they will discuss the outcomes and experiences of the Olympic Legacy project. The event is hosted by the Hungarian Polgár Foundation for Opportunities.
We look forward to welcoming you in Hungary! 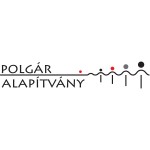